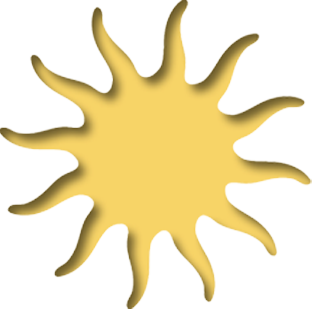 21st June 2017 is now booked for INTERNATIONAL YOGA DAY IN BEDFORD PARK! Jacquelyn Cooper of Halcyon Yoga and Emma Garrett of Pavilion at the Park have teamed up again after a highly enjoyable and successful debut this year and would like to invite you along. So save the date, it’s easy to remember as it’s the longest day of the year and the Summer solstice. 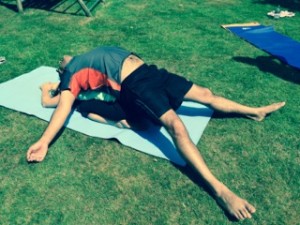 Fun in the sun!

The clock has struck eleven, and the sun is making a rare appearance, in its own way returning the salutation of the straining crowd on the grass, whose muscles yawn, stretch and relax against the verdant backdrop of the open air studio. Tadasana, inhale, urhva hastasana, exhale, uttanasana… Flex, shift, relax.

On Tuesday 21st June, the free-spirited devotees of Bedford Park could proudly count themselves amongst the thousands of yogis across the globe celebrating International Yoga Day. Fiercely petitioned for by the Indian prime minister Modi, UN resolution 69/131 officially recognised a “holistic approach to health and well being” in yoga last year and proclaimed the 21st June International Yoga Day. It has been a resolution on a massive scale. In 2015, its first year, over 35,000 people gathered for a single yoga class, shattering the previous world record. This year a cool 30,000 were again gathered in the city of Chandigarh for a session led by Modi himself.

Bedford Park was buzzing too albeit on a smaller scale – a cross-section of society parading past in a variety of skin-tight lycra and baggy tracksuits, proudly clutching roll mats and tentatively praying that the mercurial English weather would show mercy. Known for its diversity and inclusivity; the word yoga is literally from the sanskrit meaning “union” and the open classes and steady stream of participants coming together in the open air for the same purpose epitomised this.

Fiona Gibson’s ‘Greet the Day’ sun salutations flowed seamlessly into the esoteric sounding ‘Sound Bath Relaxations’ – a virtual rather than physical immersion. Using a quartet of gongs, native Indian flutes, quartz crystal bowls, and chimes, on an almost totally ad lib basis, several layers of tones were produced to create a so-called landscape of sound. According to the session leader Kanti Freeman, this creates a kind of “holiday from thought”. The focus on a particular tone or note provides a means of moving on, pushing thoughts aside for an instant, to produce a moment of calm. It is also a different way of thinking about how we encounter the world. Nietzsche famously proclaimed “there is more wisdom in your body than in the deepest philosophy”. In a way, meditation, sound baths, mindfulness, grow from this kernel – the truest things are those we feel rather than think.

Following the Sound Bath, was Rosanna Slade’s Vinyasa flow yoga, a much more energetic activity in which each pose is struck in rapid succession, without pausing for too long on each one. In this way there is less focus on individual moves and more on the whole set; it becomes a fast-paced workout as well as a stretch. With heart and soul being generously fed by inspirational locally based yoga teachers, the chefs at The Pavilion at the Park Cafe kept the body nourished with superfood salads and smoothies throughout the day, the Cafe a stunning Victorian matriarch keeping her watchful eye on the proceedings. These continued with Racheall Monton’s ‘Chair Yoga’ (a gentler form), Genevieve Ollereanshaw’s ‘Slow Flow’ and the enormously popular children’s yoga class from Hayley Simpson of Tatty Bumpkins. Mindful movement and guided meditation was led by Jacquelyn Cooper, a more dynamic ‘Body Movement’ session from Kevin Silous and Kirtan devotional chanting led by Stuart Prince concluded the proceedings.

Evening draws in, cruelly reminding us that the days will be shorter from now on, the dimness is heavy with the ringing of the Kirtan call and response echoing through the park. Tired limbs are massaged by Ayurvedic therapist Carolyn Wood, relaxed bodies stretched, and there is a certain calm in the rolling up the mats and dismantling of gazebo shelters.

The turnout was well beyond what we had hoped for, the teachers gave generously of their time and talent, the weather was kind and to everyone who attended and took part, we extend an enormous thank you. The day was the brainchild of dynamic duo Emma Garrett of the Pavilion Cafe (www.pavilion.attheparkbedford.co.uk) and Jacquelyn Cooper of Halcyon Yoga (www.halcyonyoga.com). We look forward immensely to sharing International Yoga Day with you all again in Bedford Park in 2017.